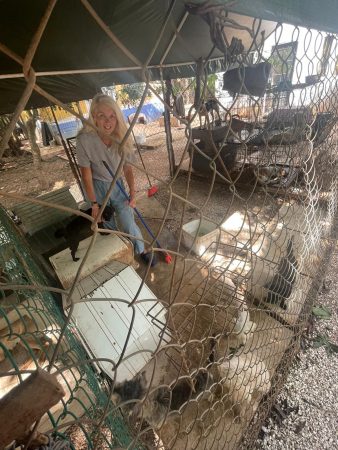 In Merida, Mexico I stayed in the home of Miguel, the owner of the Spanish school where I went in the afternoons for lessons, after my voluntary work in the dog shelter. Oscar, who was the programme coordinator, also lived there. My first impression of Oscar was a highly intelligent, borderline autistic individual with strong Mexican features, cool glasses, and longish black hair. He seemed a very friendly and caring guy.

The morning after my arrival Oscar was to take me into the city for a quick walking tour. I was somewhat taken aback when he glided down the stairs wearing a full length purple floral dress, glass floral earrings, which dangled past his shoulders, pink hair slides and flip-flops with socks. I completely ignored his surprise attire and we headed out on the bus. However as we wandered around the beautiful city, I was struck time and time again by what an odd couple we looked. This was heightened by the amount of men who came up to Oscar and asked, in Spanish of course, ‘Are you a Man?’ What a ridiculously pointless question, as not only did Oscar have black hair, but he also had a long black beard.

The next day was my first shift at the dog shelter. AC Evolucion Rescue is a vast and inspirational rescue centre on the outskirts of Merida. It currently has 400 canine residents of all shapes, sizes and ages, with one thing in common, they have been wronged by humans. There are about 10 staff there who work tirelessly every day to feed every animal, give them fresh water and clean out 80 enclosures. This is a never ending task as new abandoned dogs and puppies arrive daily, all in need of food and a home.

On arrival, the first thing that hit me was the cacophony of 400 dogs, all barking at once, and the horrific stench of bucket loads of dog poo. Oscar, my house mate, came with me to introduce me to the staff and help out. Oscar could not have been a more unsuitable person for this task. Firstly, he was dressed in a turquoise Kaftan with black brogues, and secondly, he hated dogs. He announced time and time again that he was ‘A Cat Person.’ I did notice that, rather than helping me to get settled in, he spent the whole morning hiding by the front gate on his mobile phone. I was a bit gutted though, as watching him trying to scoop poop in a flowing kaftan, would certainly have made the morning go quicker.

My shifts at the shelter were spent cleaning enclosures and washing dog bowls, sometimes 250 in one go. In the afternoons, after my Spanish lessons, I returned home, and what a strange home it was. Oscar spent most of his time wandering around in drag and playing classical music beautifully on a keyboard. Miguel, aged 55, very short of stature and divorced, was a huge Tinder fan. Every night he would swipe right then disappear off until the early hours. In fact after one particularly successful date he didn’t come home for 2 days. Our house had a resident guard dog, a very skinny German Shepherd cross, who lived a sad life behind the metal grille across our front porch. One evening he escaped, personally I can’t blame him, and he also returned 2 days later. Both dog and master, certainly had one thing in common; they disappeared and came back smiling and tired… 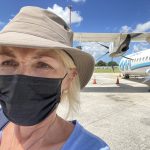 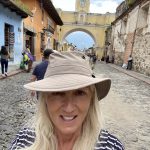