When my parents were in their 60s, I viewed them as well past their sell by date. My mother sported orthopaedic footwear and my father started to wear cardigans. I will not become them! I am going to age disgracefully. I will still have peroxide hair and wear skinny jeans when I am shuffling along with a Zimmer frame.

Previous birthdays have been special family days with lots of cards and cake. This year I announced in advance that this birthday was to be a non-event. I wanted no reminder whatsoever of me reaching this pivotal age. Hence, I went to work as usual, killed myself at the gym for an hour and very reluctantly went out for a family dinner.

A Little Botox Around The Eyes…

But this milestone convinced me that the time had come for little ‘help’ to combat the ageing process. As well as gravity taking its toll on my torso, gravitational pull had been cruelly tugging away at the face. Laughter lines had become ‘laughter disasters’ and my cheeks were heading to a party with my feet.

A little Botox was definitely needed around the eyes in the crow’s feet department plus a bit of cheek filler. I booked an appointment with a highly recommended aesthetic nurse, Anna Baker at The Retreatery. When I arrived, Anna was gowned up and visored as if ready to perform open heart surgery.

Within seconds of lying on a couch a large needle appeared and was stuck below my eye whilst Anna uttered the words ‘just a little prick’. That is a phrase I use quite often but usually when a boy racer has cut me up at the traffic lights. I had lots of ‘little pricks’, 35 in total, and I lay like a human pin cushion for 30 minutes.

I did momentarily think of my husband who would have been unconscious within seconds as the mere thought of a blood test reduces him to tearful toddler status. I was also heartened to learn that In Liverpool the average age to start Botox is 25 so I have held out for well over quarter of a century.

The enthusiasm of knocking a few years and a few wrinkles off buoyed me through the pain and discomfort. When I finally looked in the mirror, fearing that I was going to be punctured all over, I could see that there were a few less crevasses around my eyes and my cheeks were a bit plumper.

I doubt that anyone looking at me would notice any difference, but I do, and that is what it is all about. I am not going to do a Sharon Osbourne quite yet, but I think I could easily get hooked on a bit of Botox and filler here and there. I guess that is what drug addicts say though when they ‘just’ try their first line of coke. As you can imagine I am keeping this hush hush. It is one thing having these treatments, but I really don’t want the world to know…. 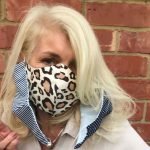 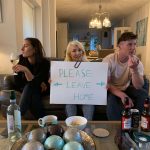