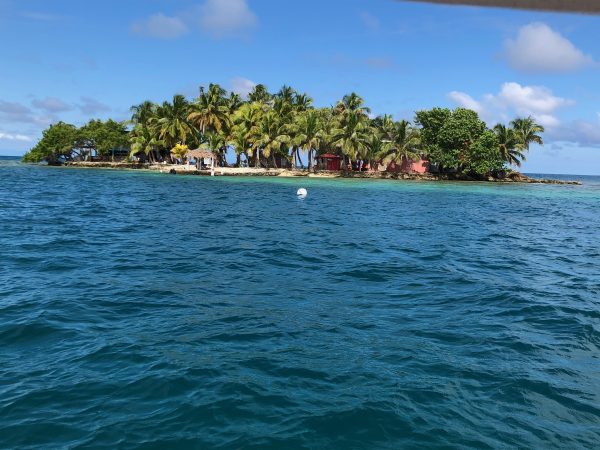 When Tom Owen’s Caye, a one-acre island in the middle of the Caribbean Sea, came into sight it really did look like the set for a Castaway movie. It was an idyllic paradise of tall coconut palms, golden sands and little round cabanas. This was to be my home for two weeks. There were 17 other ‘castaways’ on the boat and a separate boat with a crew of 12.

Accommodation was basic, as expected. In each cabana was a raised stone platform with a mattress on, and not much else. Showers were cold rain water and the generator for electricity was switched on at 5pm for a few hours. Most importantly there was absolutely no WIFI nor phone signal. I knew that this was going to be the longest I had ever been disconnected from the outside world. 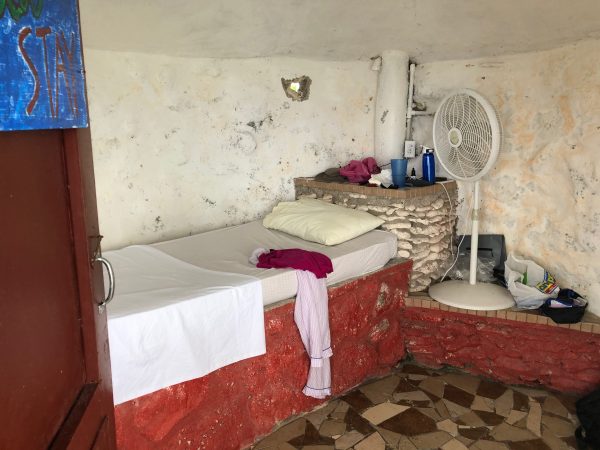 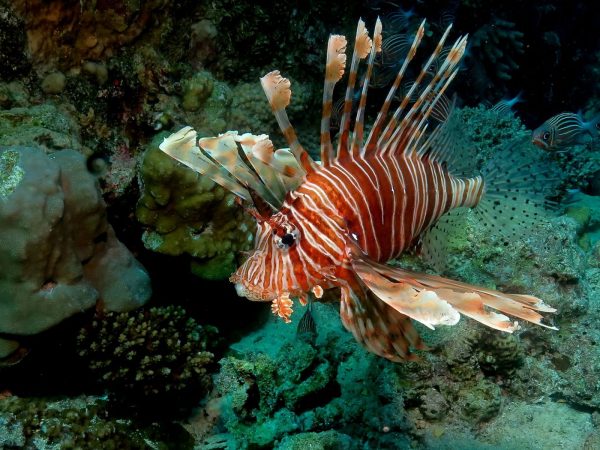 But why were we all here? Lionfish are the world’s worst aquatic invasive species. They are a commercial, economical and ecological disaster. They eat young fish which supply the fishing industry, economically important species such as shrimp, lobster and crab, as well as ecologically important species such as parrot fish and snapper. Females lay 2 million eggs a year and have no known predators in this region, so they can rapidly reduce native fish numbers on a reef by 90%. These aquatic Hoovers are impacting on the entire economy of the Caribbean, which depends on fishing and eco-tourism. My job, as a volunteer, was quite simply to dive deep under water, avoid the Lionfishes’ 16 highly venomous spines and spear them. Easier said than done when you don’t yet know how to scuba dive…

On my first morning on the island, I met Luis who was to be my scuba diving instructor. This lovely young guy had been given the thankless job of teaching me how to breath under water with a tank on my back. To be honest I had not given my scuba diving course much thought until the E-Learning course, I had to pass before arriving, turned out to be 20 hours of sheer hard work, not helped by cripplingly slow Costa Rican WIFI. Worryingly, the more I knew about this sport, the more dangerous it seemed.

In my first lesson I nearly drowned at least 5 times whilst practising in 5 feet of water. Unfortunately, it appeared that I was unusually ‘buoyant.’ This was a description of my physical characteristics, not my state of mind. In order to prevent me from floating I had to have 10lbs of weights strapped to me, which combined with the weight of my air cylinder, made me barely able to stand up let alone swim 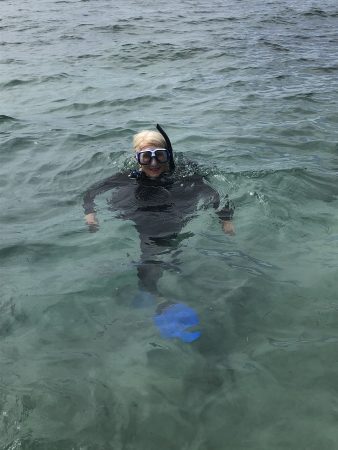 Luis patiently guided me through the mind-boggling array of safety procedures, including removing my mask under water, pretending I had run out of air under water and, rather terrifyingly, taking all of my scuba kit off under water and putting it back on. I drank and vomited more Caribbean seawater in those first few days than a local diver would in a lifetime. This excess of saline in my body resulted in such severe nausea that I could not keep down tea or coffee. It was hard to believe that I was actually functioning without WIFI and caffeine as these are 2 of my biggest addictions.

By Friday I was completing my final set of shallow water exercises just off the shore, in about 7 feet of water, when Luis’s skills as my instructor were really put to the test. He saved my life. 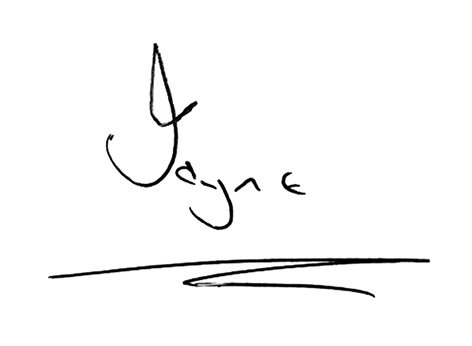 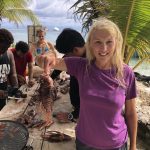