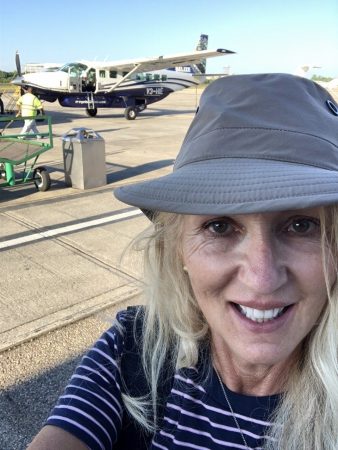 Last weekend I made the tortuous trip from Costa Rica to Belize. This involved 4 flights, and the planes got noticeably smaller as the journey progressed. En route I had to transit through Cancun, Mexico which had the most cripplingly stringent entry process, although I was only going to be there for 3 hours. Four lengthy forms completed, I finally got to the front of the Border Control queue only to be hauled aside by a stern male in a khaki army uniform. Apparently he had noticed I was traveling alone and wanted to know why. Although I could prove I was only in transit, my hand luggage was taken apart, and my Lipton’s English Tea bags were eyed suspiciously. When Trump decided to build that wall, half the Mexicans must have been delighted, as it is quite evident they actually don’t want anyone to enter their country.

My next flight took me to Belize City, the 5th most dangerous city in the world, and black listed by the UK Government. Needless to say, I jumped in a taxi to transfer between terminals and raced into Domestic Departures, praying I would avoid any stray bullets. On this last flight from Belize City to Placencia, a small town on the coast, I was thrilled to be in a tiny aircraft sitting by the pilot as we cruised low along the coast. He landed on a tiny  air strip and I climbed out. 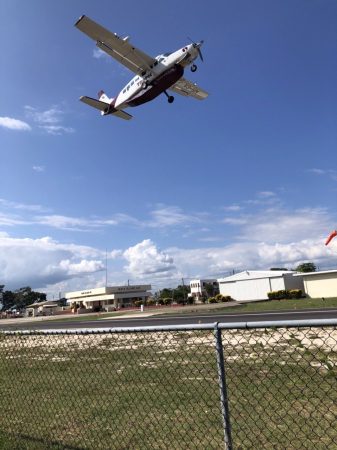 A  solitary Rastafarian who took my bag and dumped it by the terminal which was, quite literally, in the middle of nowhere. Realizing I was totally lost he said ‘D’you need a ride?’ 2 minutes later his mate Bob turned up. Bob was a massive guy in torn shorts and bare feet. I went to get into his ‘scrap quality’ pick up truck and couldn’t open the door. He promptly kicked it from the inside then hopped out to shut it after me. It was only when seated that I realised the windscreen on the truck was totally shattered, and Bob had made a hole in it to see out.

Anyway Bob was a lovely guy and drove me to a sandy sidewalk in the town then pointed saying ‘Your hotel is down there.’ I gave Bob $10 for his time and headed off down the sandy path lined by pastel coloured weatherboarded houses, with reggae music blasting out, and young guys with dread locks sitting on porches. This could have been slightly nerve wracking but these dudes were so friendly, shouting ‘G’day Ma’am’ as I passed by. I soon arrived at my hotel on the beach called The Belizean Nirvana, and it was Nirvana. There was nothing between me and the turquoise ocean apart from 20 feet of beach and a few palm trees. 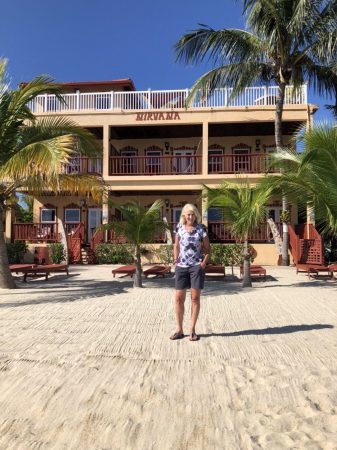 I had a blissful night there before catching a small boat to my volunteering project on a tiny island 25 miles off the coast. There I was going to learn to scuba dive and spear highly invasive Lion fish. 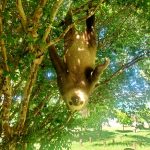 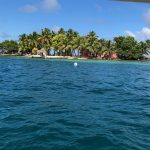