Over the past few years Britain has become obsessed with baking. However, this has come at a time when I thought my baking days were over. When the kids were young, I spent hours if not days, making novelty birthday cakes. In my cake career I made horses, dogs, footballs, dinosaurs, Telly Tubbies, lawnmowers (that year was a challenge) to name but a few. Whilst the end results were ok it took me a further two days to scrape the fondant icing off every kitchen surface and get the food colouring off my nails. In my kids’ school nipping into Tesco‘s and buying a cartoon cake was not an option.

I would have been expelled from the Parents Association for doing that. One morning on the way to school my daughter reminded me that I should have baked a cake for the charity sale at break time. I ended up screeching into a Marks and Spencer’s petrol station, buying a Victoria sandwich, dashing home, messing the icing up a bit, grating some chocolate on it, and sprinting into the school hall with the words, ‘sorry this is a bit late, but it is very fresh.’ After that I took early gateau retirement.

That was until lockdown, when it seems that the world and his wife are making cakes. Insta is literally on fire with all those ovens set at 160°C. It is not just lumpy fruit cakes either, there are high gloss chocolate cakes, apricot roulades and coconut and lime sponges etc, etc. For the first few weeks of lockdown I reassured myself that there was as much chance of buying flour as seeing Victoria Beckham smile. Flour joined pasta and toilet rolls on the endangered species list.

This week I was sauntering down the baking aisle as I do most days, shopping for the old folk, when I noticed that right in front of me was a solitary bag of SELF RAISING FLOUR. I felt obliged to buy it, and since then I have joined the Baking Brigade. I have produced apple and cinnamon, coffee and walnut, and raspberry and white chocolate cakes so far this week, and it is only Friday.

It’s one thing using baking as incarceration therapy, but someone has to consume the results, as well as licking the cake mix out of the bowl. I actually try not to eat them, instead I keep on ‘neatening up’ the corners with a cake slice. If it is not a large slice on a small plate, then surely it has 0 calories? The problem is that by lunchtime the 20 cm sponge has been ‘neatened’ to the size of a cupcake, and I am loosening my belt by one notch.

On Tuesday it was Zac, the Schnauzer’s birthday. Usually, on this special day, he gets a few extra dog treats and a pat on the head. This year, in a lockdown delirium, I made him a dog-friendly birthday cake, full of carrots and peanut butter, which he greatly appreciated. Unfortunately, that evening my son helped himself to a large slice of the canine patisserie when he had the Midnight Munchies. I didn’t realise this until the next morning, when he came down and said, ‘Mum that last cake you made wasn’t up to your usual standard.’ I was about to burst out laughing when I realised that he had grown two pointy ears and a small tail. Perhaps I am not the only one going Barking Mad? 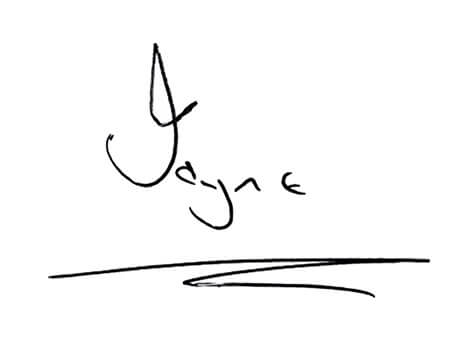 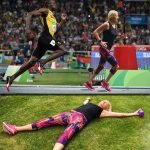 There’s No Such Thing As A ‘Fun’ Run! 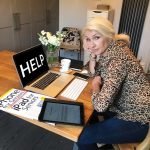 Off Again, to Spain…