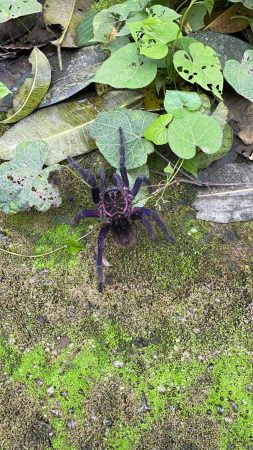 Well here I am in Ecuador, in a remote fishing village called Las Tunas, 6 hours drive from the cosmopolitan city of Guayaquil. However my 2 day trip to get here certainly had its moments…

I arrived at Cusco airport in Peru 4 hours prior to my internal flight to Lima as instructed, although I thought this was excessive. It wasn’t. In the entrance hall I watched as some poor travellers had their hand luggage raided by security guards and the contents strewn across the floor. ‘How awful’ I thought to myself. Sadly I was next.

Due to being blonde and twice the height of my fellow travellers I was subjected to a full inspection. I had to hurl my 23kg holdall onto a sagging picnic table and watch in horror as a butch female guard, in latex gloves,  tossed my underwear onto the floor and looked suspiciously at my anti wrinkle cream. This was, of course, in full view of everyone else checking in for the same flight.

Mortification over, I joined the check in queue, only to realise that Peruvians don’t queue, they shove, hard… It appeared that every Peruvian was emigrating. They didn’t have one tatty suitcase, but five each, all wrapped in cling film to prevent them from falling apart in transit. I can only deduce that the majority of the wrinkled octogenarian travellers were either bad packers or incognito cocaine smugglers.

Having recovered from my underwear parade I was grateful to reach the boarding gate with 2 hours to spare. ‘WIFI and coffee time’ I thought. Sadly Cusco airport provided neither. A very thirsty and bored Jayne finally boarded the plane only to be told it would be departing an hour late, and due to COVID restrictions, there would be no refreshments.

Unfortunately this delay meant that when I arrived in Lima I had only 45 minutes to make my connecting flight. I did manage to grab a Starbucks, but sadly lost most of it whilst jogging along an airport travellator.

I breathed a huge sigh of relief when I actually made it onto the plane  to Ecuador and looked forward to some desperately needed refreshments. That was before it was annnounced that, due to anticipated excessive turbulence, there would be no buffet service on this flight either. Great…

Hours later a dehydrated, famished and nauseous Jayne staggered out into the Ecuadorian heat. I was met by a lovely young guy who drove me to my hotel. Sadly this wasn’t a hotel, it was a hostel. Not a hostel for back packers, but rather a hostel for homeless people.

It takes a lot to shock me, but I was shocked. I hauled my holdall up three flights of filthy stairs to be greeted by a dumpy young girl chewing gum and painting her nails. As she showed me to my room I had to climb over three young guys lying on the floor stoned and others staggering around spilling pints.

My room can only be described as a film set for a Turkish prison movie; stained sheets, no air con, no windows and no bathroom. That was the final straw. I phoned the agent who had booked this room and had the kind of conversation with her that would have resulted in my family at home running for cover, with my son whispering ‘I think Mum has gone mental…’

It worked though. One hour later I was in a 5 star hotel with Egyptian cotton sheets, a walk in shower and Netflix. I had a wonderful night’s sleep before heading off to Northern Ecuador on Sunday.

The car journey was lovely; stunning scenery and a friendly driver. In fact it was going extremely well until I suggested a roadside coffee stop. As  I put one foot out of the car, there it was…  A massive purple Tarantula.

All Creatures Great and Small 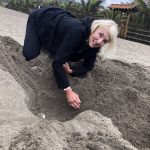