On Friday I left the opulence of a 5* resort in the Maldives and headed to a local island to work on a turtle conservation project. I had found this luxury a welcome respite from my travels, however it was time to move on. I had got tired of looking at size 22 Russian women, with tattooed eyebrows, who had squeezed themselves into size 10 bikinis. Likewise, blokes from Yorkshire who were maximizing the ‘All Inclusive’ package by quaffing pints from 9am and consuming obscene amounts of food at the hotel buffet. Those who weren’t there convalescing from a heart attack were certainly long overdue one.

I caught the staff boat to the Maldives local island called Naifaru with the resort workers. They had finished their 12 hour shifts, and most of them fell asleep, exhausted, as soon as we headed out to sea. This left me alone to watch the bright lights of Western excess disappear as we crossed the water at sunset.

An hour later we docked at the main island in the Lhaviyani Atoll. This is only 0.5 sq km and has a population of 4000 devout Muslims.

Greeted By The People

As I stepped ashore I expected to be greeted by the charity coordinator, but she was nowhere to be seen. I sat for ages on my rucksack, under a solitary street light, as a steady procession of local guys on motorbikes cruised past to gawp at me. They clearly thought I had landed from another planet, rather than another island. Word got around that there was a white woman at the harbour, and it spread along the jetty to where the coordinator was mistakenly waiting for me at the other end.

This place was not what I expected. I had poetically envisaged wooden houses, with bamboo roofs, set against a skyline of coconut palms. Instead, this was a low-level concrete settlement rising out of the sand, with the worst litter problem I have ever seen.

Plastic bottles and other non-biodegradable waste drowned the dusty streets and the pretty shoreline. Some of this waste is generated by the uneducated locals, but much is washed up from as far away as Sri Lanka. There was certainly nothing scenic about the island, except for the sea surrounding it and the stunning sunset.

At supper I met the rest of the team, comprising two marine biologists from the UK, and one from Australia, plus volunteers from Denmark and Spain. It was so good to chat to an English person for the first time in months. I quickly forgave Max for coming from Scunthorpe.

As one might expect, the group were vegans, with pony tails and wrists of beaded bracelets, but what a great bunch! I was pleased that I had gorged myself on roast pork and lambs chops in the resort. It soon became apparent that I had another 3 weeks of lentil curry coming up.

Allowed Onto The Island

It is only in the last 4 years that foreigners have been allowed onto Naifaru, and even now their entry is strictly regulated.

Only those working in the turtle rescue centre can stay here, meaning that today there are only 7 white residents. Whilst men can wander around topless and in shorts, the local women wear hijabs and long cloaks despite the searing heat.

All of the females in our group have to cover their shoulders and knees at all times. Even when swimming, hence my need to buy a ‘burkini’ all those weeks ago. We are so visible that even an inch of cleavage or a bare leg could result in immediate banishment. Women are not allowed to smoke, go to the cinema or to the gym. Interestingly hardly any inhabitants know how to swim, so they are actually afraid of the sea, although it is never more than a stone’s throw away.

The day follows the pattern of the sun, and is only punctuated by calls to prayer or ‘Adhan.’ This reverberates from the mosques 5 times a day, starting at around 4.45am. Life stops here for prayer; shops shut, the bank shuts and cafes close. Men and women hurry along the streets in opposite directions, as they attend their separate mosques. This means it is very difficult to work out when to go to the supermarket, but 10pm is usually a safe bet.

Whilst the other Westerners do vaguely blend into the scenery with their darker skins and hair. However my blonde mop and height mean I know how it feels to actually be Meryl Streep. Local women want selfies with me, teenage girls want to stroke my hair. Parents even ask me to pose for photos with their kids. Most have never left the island or seen a TV, and so I really am a freak of nature to them.

I have got so used to this now that, if my blog goes viral, and there is a swarm of paparazzi at Gatwick when I return, I think I can handle it. I will be the one with the braided hair, kaftan and sandals. 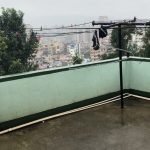 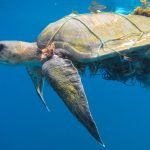