One of the inmates in the Compound is a beautiful Spanish girl, 33, called Raquel. She has given up her high-powered job in HR to travel the world for a year and is like a walking ‘Lonely Planets’ guide. When I heard that she had planned a trip to watch the sunrise over Everest on Saturday, I asked if I could join her.

This meant a 3.30am start but I figured that I could sleep in the car en route. How wrong I was. Once we got off the main road, the road literally stopped. Instead there was a winding unmade track full of craters 5 feet wide and 1 foot deep for the last 12km with a sheer drop on one side.

This might have been bearable in a 4 x4 but we were in the Nepalese equivalent of a Ford Focus. On numerous occasions my new Samsonite back pack nearly became a ‘superior sick bag’ as we were thrown around every corner and crater.

Suddenly I noticed a massive form in the headlights which I thought was a mound of earth. As we approached I realized it was a large black and white cow asleep in the middle of our path, which had absolutely no intention of moving. Cows are holy in Nepal so I knew there was no way the driver was going to flatten it, and give us all a sirloin.

He had to go round it. We reversed and shunted, reversed and shunted. At one point one of the back wheels was airborne and spinning above the abyss below. I nearly said ‘ Look! Just run over Daisy and I will take the consequences.’ A 10000 Rupee fine and 10 years in prison seemed more attractive than the alternative… Just imagine the obituary:

Jayne Webb was sadly taken from us whilst trying to avoid a Holy Cow on the road to Everest.’

Still it does sound more glamorous than:

‘Jayne snuffed it when she was run over by a bus outside Crawley Railway Station.’

By the time we had negotiated the bovine roadblock we were pushed for time to get to the summit before dawn broke. We sprinted up a flight of 50 steps to the viewpoint and there it was, the most magical and mystical sight; a golden watercolor of light rising above the Himalayas with wisps of white cloud below.

I stood in silence, awestruck by the beauty of the moment. Words failed me (for once) but the spectacle will be etched in my memory forever…

On my return to the compound I came down to reality with a thud. I was told that I would be teaching a kindergarten class this week. I have to admit that very little people are not my forte.

When Son was 3 I took him to nursery, after a particularly trying weekend, and asked if I could pick him up when he was 15. Sadly the staff declined. I like kids when they become teenagers with attitude and swagger, and you can have a good bloody row with them. Consequently being all saccharine to gnomes is going to be a challenge.

This morning I walked to the hut-like school with 2 tiny classrooms. These were full of the cutest and brightest faces, with eyes shining like chocolate M&Ms. I was hooked. I am going to like volunteering in Nepal!

These miniature people were polite, eager to learn, and with a command of the English language most people in Wolverhampton would be happy with. They were clearly very poor, but already knew that learning was the best way out of this poverty.

They looked searchingly at me, hoping that I could help them with their quest. Good job they didn’t know I hadn’t got the faintest idea what I was doing.

One girl, Rupa, aged 4, told me she was going to be an engineer. I have no doubt she will. I finished the day proud of the fact that there were still the same number of kids that I had started with. Importantly, they all knew the name of their new teacher, Jamuna. 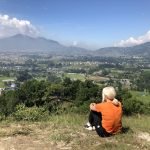 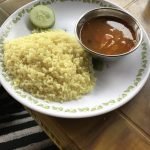